A lot of the hype surrounding Netflix’s newest show Luke Cage (the first season drops today!) has been about its star Mike Colter. We’re not saying he doesn’t deserve it, but for the moment, we’d rather turn our attentions to his costar Deborah Ayorinde.

A relative newcomer to the industry, Deborah is loving her juicy role as Candace Miller, a character she hints will have a special connection to Cage — not unlike the one she enjoys with Colter in real life.

“Mike became like a big brother to me during filming,” says Deborah. “He made fun of me the whole time and would try to make me laugh between takes. It got to the point where I had to basically block him out or else I would screw up!”

In addition to preparing for the physicality of the role, Deborah has been busy flexing a different set of muscles lately. Since details about Luke Cage have been shrouded in secrecy, she has to be careful not to let too much slip.

“Never in my life have I worked on a project that’s so top secret,” laughs Deborah. “It’s the hardest thing I’ve ever had to do, and I’m usually pretty decent at keeping things quiet. I’m so proud of this project and want to talk about it at length, but I just have to wait for everyone to enjoy it first. Honestly, I think it’s going to be groundbreaking. I can’t wait.”

Luckily for her and all of us, the wait is over. Who is your favourite superhero?

I would say the female Power Rangers! Yeah, the pink and yellow ladies, cute outfits and they were so cool.

Which superpower would you want to have?

I would want to fly. I just think it would be really awesome to say “Hey, I want to go to China today,” and just go.

Would you rather be a sidekick to a superhero or a super villain?

Oh! I would say a superhero. I have a pretty awesome conscience and I don’t think it would let me be too bad. Who would you say you admire the most in your industry?

Right now, I really, really admire Viola Davis. She’s obviously amazing, but there’s something about her that’s just so strong and draws you in. I can’t even explain it. It’s a quiet confidence that I just love about her. A quiet power. And I would imagine that if I ever got to meet her, her presence would just be so powerful.

What was the last book you read?

Ask and It Is Given by Esther and Abraham Hicks. It’s an amazing read. It’s basically a book that teaches you how to have faith. It breaks down how to build your perspective. It’s changed my life.

Who would be your dream costar?

Yeah, I would say Viola. I think she would bring a lot of things out of me that I didn’t know were there. She’d push me as an artist. 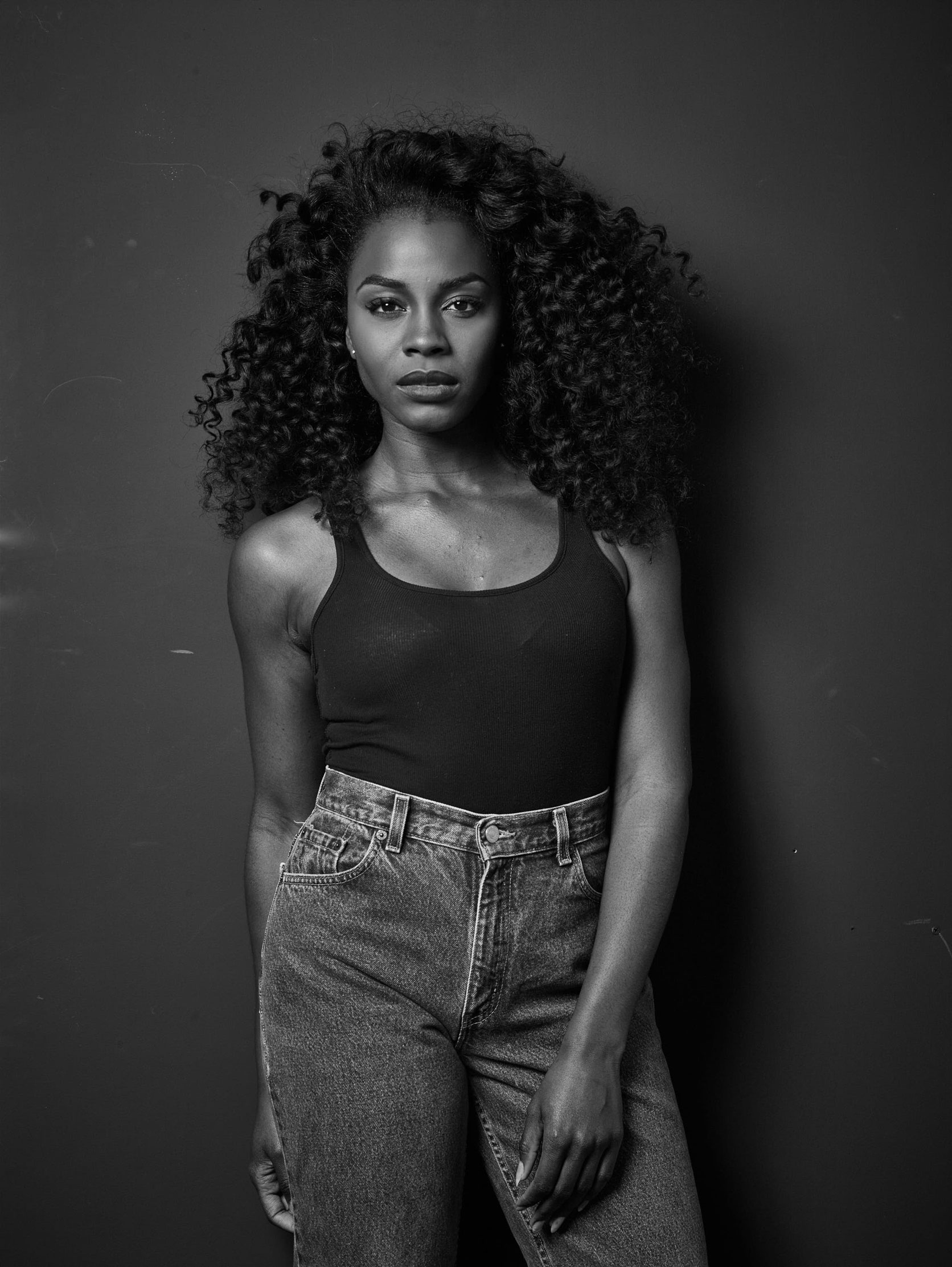 What is your hidden talent?

I can sing! But for some reason, I get really nervous and get stage fright. My sister is a singer/songwriter and is so confident and performs all the time. I love music and I love to sing, I just get too nervous. I’ll get it together and perform one day, though!

What makes you laugh?

Awkward moments. I love them. I’m pretty awkward myself and it never fails, they crack me up like nothing else.