Moncler Has Re-Reinvented the Puffer Jacket How to Layer Up for Your Business Casual Office This Fall 8 Overcoats That'll Have You Feeling Back on Top This Fall Evan Yurman on the Art of Rocking Man-Jewellery Tastefully Moncler Has Re-Reinvented the Puffer Jacket

How to Layer Up for Your Business Casual Office This Fall

8 Overcoats That'll Have You Feeling Back on Top This Fall

Evan Yurman on the Art of Rocking Man-Jewellery Tastefully 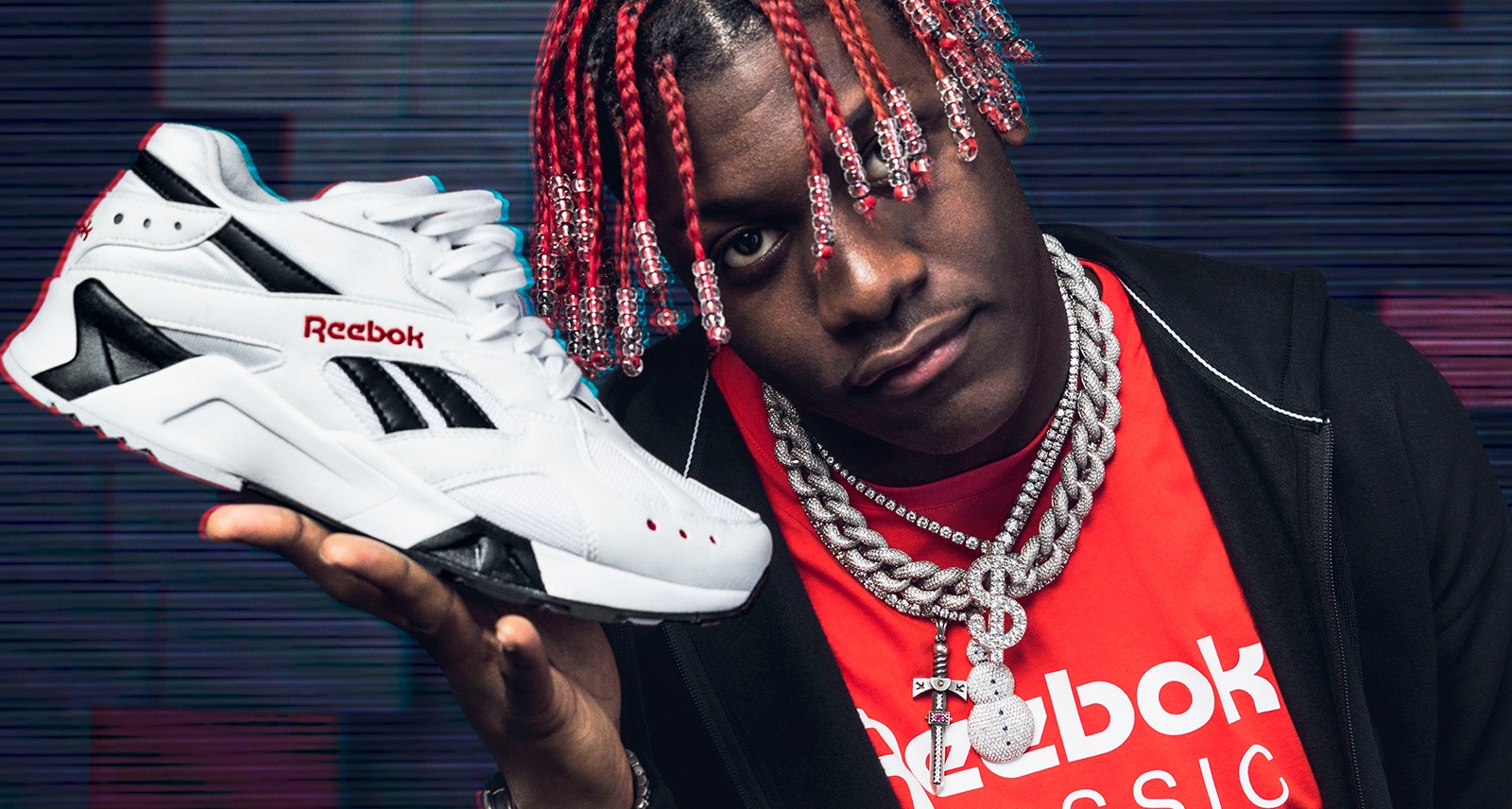 You need not be a Hypebeast editor to notice that the ’90s have returned. They’re selling Trix at the supermarket again, Murphy Brown is back on television, and all the cool rappers are wearing Seinfeld-esque clothes. Clearly, Reebok hasn’t slept on this trend either.

Today they’re relaunching the Aztrek — among the most classic of ’90s runners — and have tapped Lil Yachty — a bona fide Cool Rapper — to rock them in their latest campaign.

Back when it originally launched in 1993, the Aztrek was considered a game-changer — a trainer that functioned as both an off-road shoe and street-ready sneaker. Its lightweight Hexalite technology and medial EVA midesole allowed for optimal shock absorption, while its diamond-studded outside provided stability on all terrains. With its relaunch, Aztrek retains its OG technology, but with some added next-gen aesthetics: pristine white mesh and synthetic micro-suede, accented with reflective red and black. Given the bourgeoining popularity of chunky runners and trail sneakers alike, Reebok is set to make the sneakerhead world go, in the parlance of Lil Yachty, “BOOM!”

Speaking of said nautically-named rapper — who, by the way, is our favourite of the ‘Lil’ MCs (after Lil Wayne, of course) — it may seem curious that Reebok’s promoting a ’90s throwback sneaker with a kid born toward the end of the decade. But think about it: the ’90s were a decade of fearless firsts — in everything from fashion to tech to movies. Lil Yachty is an intrepid trailblazer himself, crafting unanchored, sonically playful bubblegum trap that stands out amid an era of oversaturation and copycats. With his twinkly, cartoonish beats and whimsical videos, the dude updates the rap idiom via his brazen originality — and it doesn’t get more ’90s than that.

In a way, Reebok was the Lil Yachty of its time — off-kilter and daring, inspiring other brands by being ahead of the curve. With their updated Aztrek, they may just redefine the dad sneaker trend — all over again. Try on the new Aztrek and check out Reebok’s Aztrek capsule space on display this weekend only at Footaction in Toronto’s Eaton Centre.