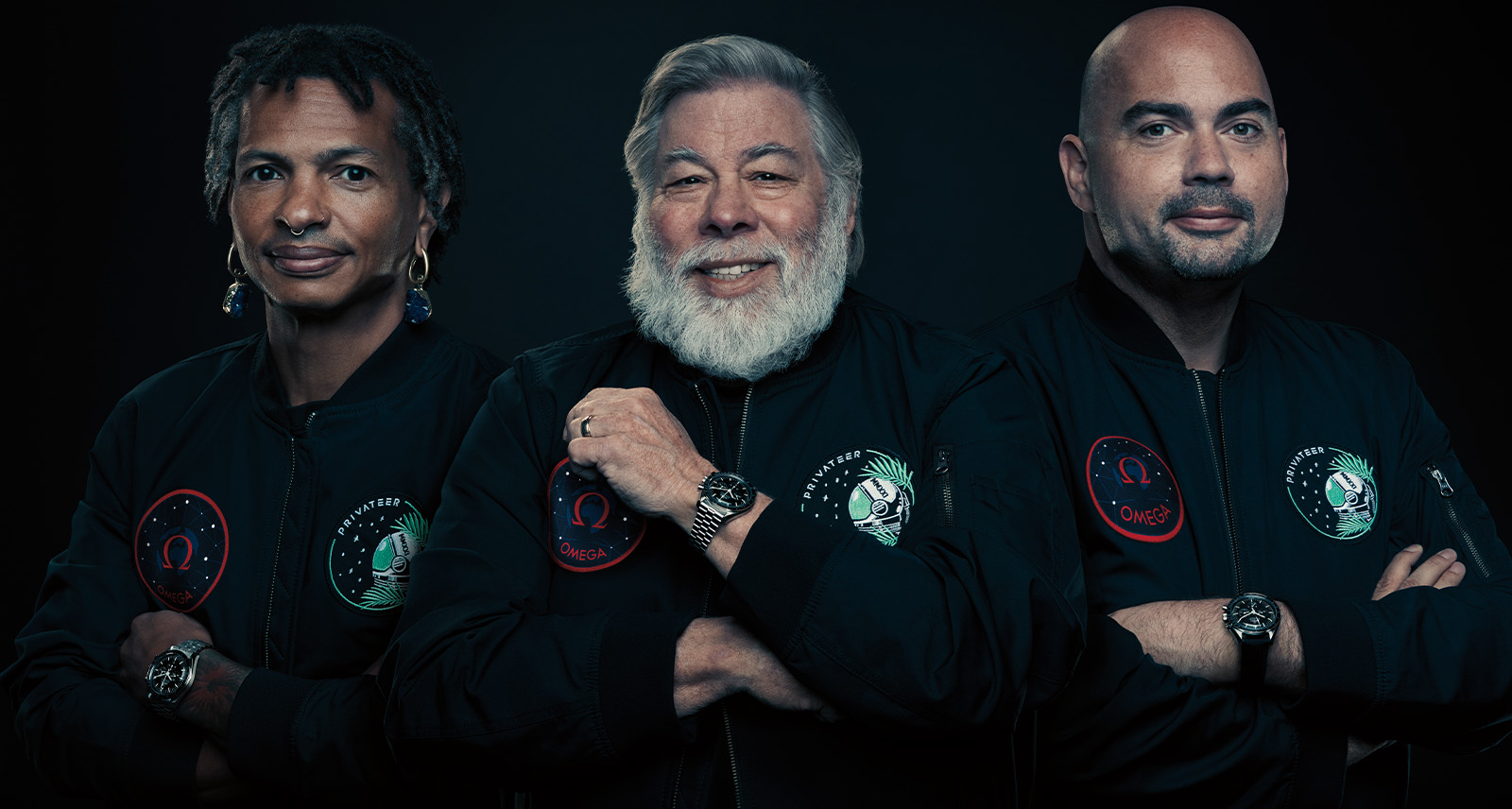 In February 2009, the Iridium 33 communications satellite collided with the derelict Kosmos 2251 satellite, destroying both machines and sending a cloud of debris careening off into space. This debris is now part of the estimated 100 million human-made objects — from millimetre-sized flecks of paint to bus-sized rocket bodies — currently in orbit around our planet, each of which poses a potential problem for life on Earth. It’s a problem that Swiss watchmaker Omega, creator of the original Speedmaster Moonwatch, is helping to solve with two new space-facing partnerships.

“[That] was the first big collision, and it woke us up,” says Muriel Richard-Noca, chief engineer and co-founder of ClearSpace, one of two startups that have announced partnerships with the Swiss watchmaker in recent months. According to ClearSpace, the buildup of non-functional debris in Earth’s orbit is akin to a major highway that has been operating without a tow truck for more than 60 years. And it’s not just derelict satellites like Kosmos 2251 that pose a threat; since space debris travels at such high velocity — about 10 times the speed of a bullet — something as small as a drop of frozen liquid can do serious damage. With humanity increasingly reliant on satellites for everything from GPS navigation to credit card transactions, and with some 24,000 new satellites to be launched in the next decade, the need to predict and prevent future collisions is becoming increasingly urgent. With the endorsement of the European Space Agency and funding from Omega, ClearSpace is working to develop an autonomous spacecraft that will capture a car-sized piece of debris in orbit and return to Earth’s atmosphere, where both will burn up on re-entry. It’s a highly complex procedure, but if the mission is successful, it will pave the way for a massive cleanup of Earth’s orbit and help ensure the future of the $450 billion space economy.

Of course, to capture a piece of space debris, you need to know exactly where it is. That’s the mission of Omega’s other new space partner, Privateer, a venture backed by Apple co-founder Steve Wozniak. Privateer, which Wozniak likens to a version of Google Maps for space, uses proprietary technology to graph, catalogue, track, and visualize thousands of objects in Earth’s orbit.

“Accurate, real-time data is essential to our future — not just in space, but here on Earth,” says Privateer’s chief scientist Moriba Jah. For Jah, Privateer’s work tracking space debris is part of a much larger question of sustainability in space, and one that grows more important with each new satellite launch and civilian space flight. “Omega has deep roots in the exploration of land, sea, and space, and with its support and understanding of data collection, Privateer will be able to further humankind’s exploration and understanding of this ultimate frontier,” Jah says. “[It] understands that the clock on space sustainability is ticking, and it’s time to act.”