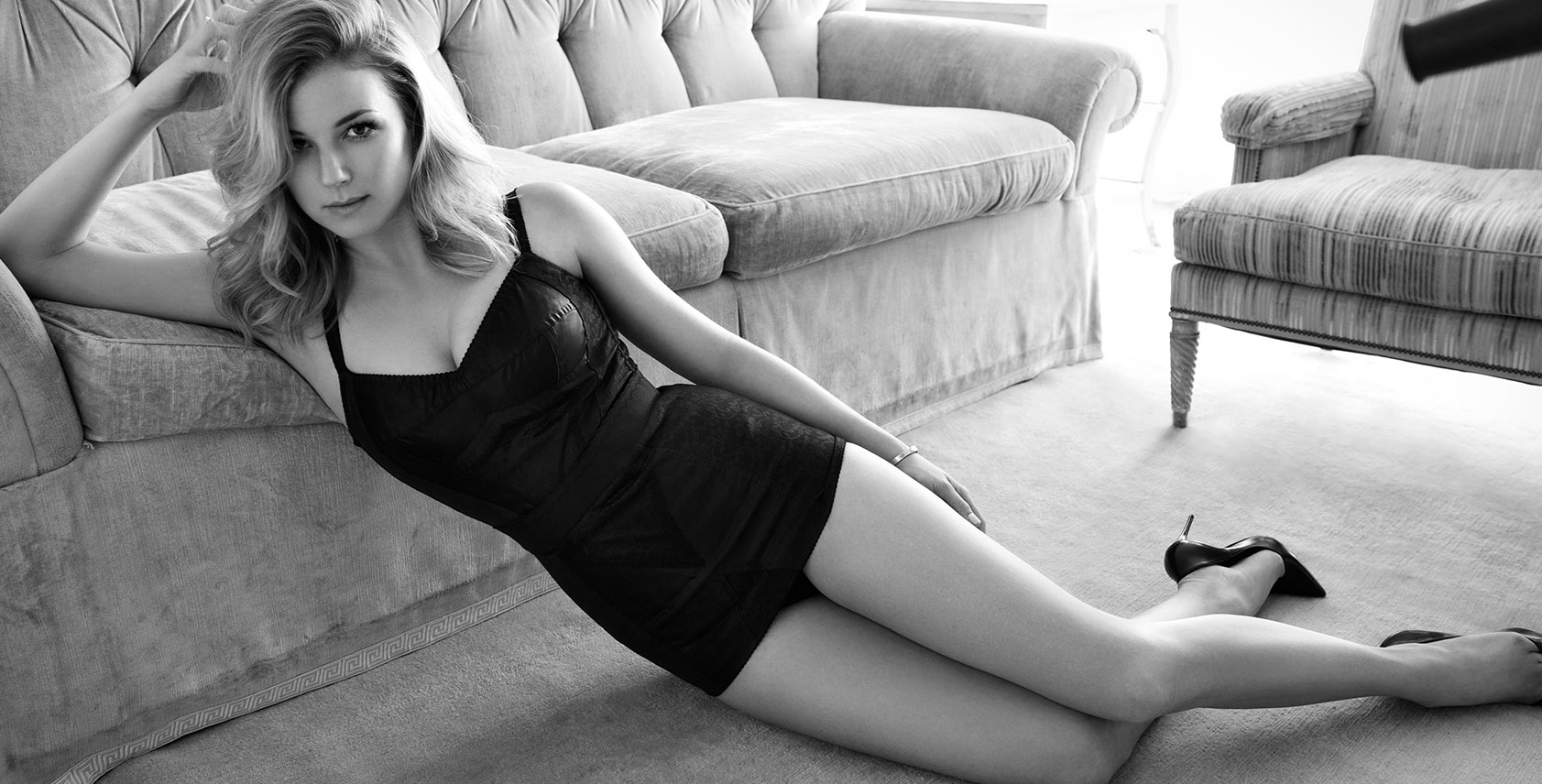 The sun is setting on an unseasonably cold early spring day in Port Perry, Ontario, and Emily VanCamp is starting to worry. The actress has been home for a couple of weeks, visiting family and generally taking a break from the regular jet-setting life of a Hollywood starlet.

“LA is great,” she says, “but I’ve been missing home a lot more lately.” She had a play date scheduled with her nephew, and now she’s looking out the window at the snow (or is it rain? No one really knows), and thinking about the drive over there, and the time, and maybe she’ll have to call and cancel before it gets too dark. The upshot is that her deliberations afford us a few extra minutes together — and a few extra minutes with Emily VanCamp is something to be thankful for. The 30-year-old actress doesn’t have a lot of spare time these days. This summer is about to be particularly hectic. VanCamp will be reprising her role as Sharon Carter/Agent 13 in the upcoming superhero mega-movie Captain America: Civil War. In it, she’ll star alongside a cast that includes nearly every working actor in Hollywood today: Chris Evans and Robert Downey Jr., Scarlett Johansson and Gwyneth Paltrow, Paul Rudd, Paul Bettany, Marisa Tomei, and Martin Freeman. And the list goes on.

“It’s just been one of those pinch-me moments,” says VanCamp. She seems earnest in this. How could a kid from Port Perry, a town of less than 10,000 people about an hour northeast of Toronto, ever imagine being in the same business — let alone on the same movie poster — as the entirety of today’s Hollywood elite? The truth is, she didn’t. VanCamp moved away from home in her early teens to study dance in Montreal. She was a ballet dancer for years — look hard enough and you can still kind of see it in her posture, in her deliberateness, in her almost unreasonable poise. As can happen to your childhood dreams, she soon fell out of touch with dance. “Ballet is so physical,” she says. “The training is so difficult, and the odds of being successful are so slim. I started feeling a bit restricted. But I was taking an acting class in Montreal and I loved it. I looked forward to those two hours every week.” It came pretty naturally to her. VanCamp has this way falling into the lives of these people she inhabits onscreen, of becoming them. That is, she has this way of really acting — not always something you get with the waify blonde starlet type. But that’s how she fell in love with the craft in the first place. “I was always fascinated by people, and by behaviour,” she says. “I spend a lot of time just staring, watching people on the street.”

While she makes it look easy, acting’s about as sure a thing as ballet when it comes to career prospects. So she used the determination she learned in dance to take her to the next level, out of the country, even farther away from her already distant family, towards the bright lights of Los Angeles County. VanCamp first came to fame on the WB TV series Everwood. She played Amy Abbott, the show’s main character: an aw-shucks girl-next-door type who — let’s call it a lack of imagination on the part of the show’s producers — fit VanCamp perfectly. It’s not completely fair to say her four years on Everwood changed her, and yet what else do you call it when a teenager grows up in front of the camera? Though Everwood was actually filmed in Utah, VanCamp clearly fell in love with Hollywood. From there, she became a mainstay of network weeknight dramas, doing two years on Brothers & Sisters, followed by her legitimate breakout shot: as the flawed heroine Emily Thorne in Revenge, a soapy, modern retelling of The Count of Monte Cristo. Revenge ran for four tumultuous seasons, until last May.

And though she’s been working steadily almost her entire adult life, she still isn’t entirely comfortable in the spotlight — or in her downtime. She still has plenty of pinch-me moments. “Every time you get a job is a huge pinch-me moment,” she says. “It’s that fear that the next call might not come — that fear never goes away.” Which is a good thing. It keeps her on her toes. It keeps her hungry, keeps her working. It also keeps her grounded — and it’s the very reason she’s back in Port Perry for a couple of much-deserved weeks of reading, cooking, and playing with her little nephew. She’s decided to cancel the play date, until tomorrow. Probably the right call. In the meantime, we’re looking out the window with her, quietly cursing the unrelenting snow (or whatever it is), secretly laughing at the overwhelming greyness of the day. Because if you’re Emily VanCamp, it really is all clear skies from here.