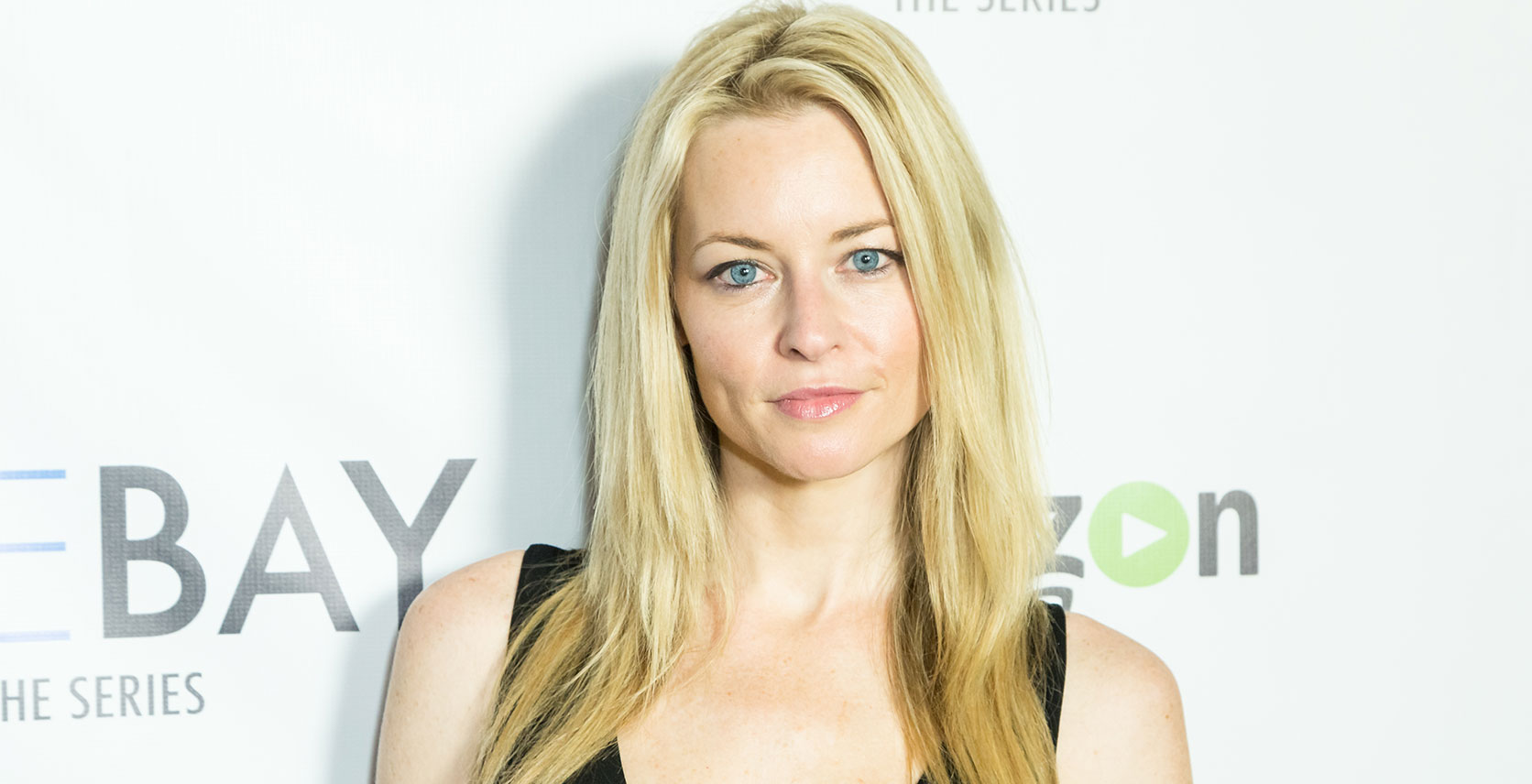 Jessica Morris is fearless. And we don’t just mean in her acting roles — which, to be fair, do tend to lean toward the bone-chilling side of the movie spectrum (Bloody Bobby, Sorority Slaughterhouse). She’s also daring in her commitment to the grind, never shying away from taking on more projects. You can currently catch her as the lead in murder mystery series Ladies of the Lake, currently streaming on Amazon Prime Video. This fall, she’s also starring in The Onania Club — the latest horror-shocker from The Human Centipede writer-director Tom Six. Busy as she sounds already, she’s also an accomplished screenwriter — after penning short film Claire last year, she’s got two more projects in the pipelines. What’s more, she bakes a killer cake, too.

What can the audience expect to come in Season 2 of Ladies of the Lake?

The first season was based pretty heavily on the novel that was written, so there were certain things that had to be established and it was a lot more sitting around and talking about our feelings kind of stuff. Season two is a little more action-packed, a little faster-paced, and a little edgier as well. Everything that was set up and mistakes that were made in season one now are coming back to bite all the characters in the butt.

What is your character Crystal’s role in the group?

Well, in the first season she was kind of the ringleader for some of the stuff they did. But in the second season, I think all of them hide their own secrets. So Crystal doesn’t really contribute to the drama — she’s just trying to stay out of it. And then it kind of comes to her anyway when she’s trying to avoid it. Then her mother comes into town and that adds an extra conflict for her as well.

Have you always been drawn to drama and horror roles?

Funnily enough, in my spare time I like to watch comedies. But I always get cast in sort of darker roles. I think just as far as my abilities go, I seem to really work well in them. I think it’s because there’s already so much darkness in the work and projects that I do, and maybe in my head already. [Laughs.] But when I unwind at the end of the day I just want to watch something like Dumb and Dumber, something where I can just laugh and not worry about anything.

Do you have any favourite horror films?

The Shining is definitely one of them. That one just terrified me. I just saw Hereditary that was pretty good too, but just so twisted. I was like, I’m not going to be able to sleep tonight.

How do you manage to stay focused with such a busy acting schedule? And how do you avoid getting lost in the roles?

Well, none of the roles I have done recently have been that long — the most they’re going to take is maybe a month and a half or something. And I guess when you’re hopping around to different roles it kind of makes it easier to not get stuck in that character. When I was on One Life to Live, I was on it for almost five years. At that point, being one character for that length of time, I started even having dreams as that character. It was really weird. But when you play one thing for maybe a month and then you go right to another project for three weeks or a month, you don’t really have a chance to get too into the characters because you have to switch gears and be a new character right after, so it makes it easier actually.

Are you working on any more writing since finishing your short film Claire?

Is writing something you’ve always wanted to do?

I’ve always been, I guess, good at writing. I never really thought about it but when I look back, I won a poetry contest in school and little things like that. I guess because it wasn’t my main focus I didn’t really think about it. Over the years, my manager and a lot of my friends and even my mom, when I had down times in acting everyone said I should write. And I’d be like, ‘Okay, okay sure” and I never listened to anybody. I always do my own thing. But one day, I kind of decided on my own, and so even though people have been telling me for years, I finally sat down and started doing it and found it so fun. It’s the only other thing than acting that I can just sit down and do for a 12-to-15-hour day and not get tired of it.

Do you have any other passions?

Well, I like decorating cakes and things like that but I don’t really have time to do that stuff. But when I do have spare time I always like to go to that Duff’s Cakemix on Melrose and they give you a cake and basically all the tools and you can decorate the cake however you want. I love getting creative with stuff like that. Crafty stuff.

Working with Tom Six, did you go into The Onania Club with any preconceptions based on his previous work?

Well, we did multiple Skype sessions, and he made me watch the Human Centipede movies because he needed to know that I was okay with very shocking and inappropriate scenes. I don’t think I watched all of them. I definitely watched the first one. I was just happy that it had nothing to do with my mouth getting sown to anyone’s bum. As long as it’s not exactly like those movies, I’m okay with it. And it is going to shock a lot of people and offend a lot of people, but that’s his M.O. He wants to make films that aren’t just like every other one that gets pumped out. He wants to get people’s attention and make a statement in some way. I like that about him. I admire that because there are a lot of films that are made that are just like the one right before it. So I was excited to be a part of something that has that impact, even if it is negative to some people. So yeah, once he told me about it I was excited and on board. And when he told me there was no nudity, I was like, I can handle this.

What’s a big lesson you’ve learned in your acting career?

I think a big lesson I’ve learned is you can’t just sit back and wait for things to come to you. You know, it seems like most people would realize that but a lot of actors —  and I used to do this, especially after getting off of a show— you sit and you have a good agent, so you expect them to do all of the work and you just show up for the audition. But then all of a sudden when nothings happening and you’re like, ‘What do I do?’ You feel helpless but there’s a way not to feel helpless. There are a lot of ways to be proactive: writing your own material, networking with people, meeting people, shooting little short films even. There are a lot of things you can do on your own and once you realize you can do that, you become someone who starts working more regularly. You take the reigns of your own career.