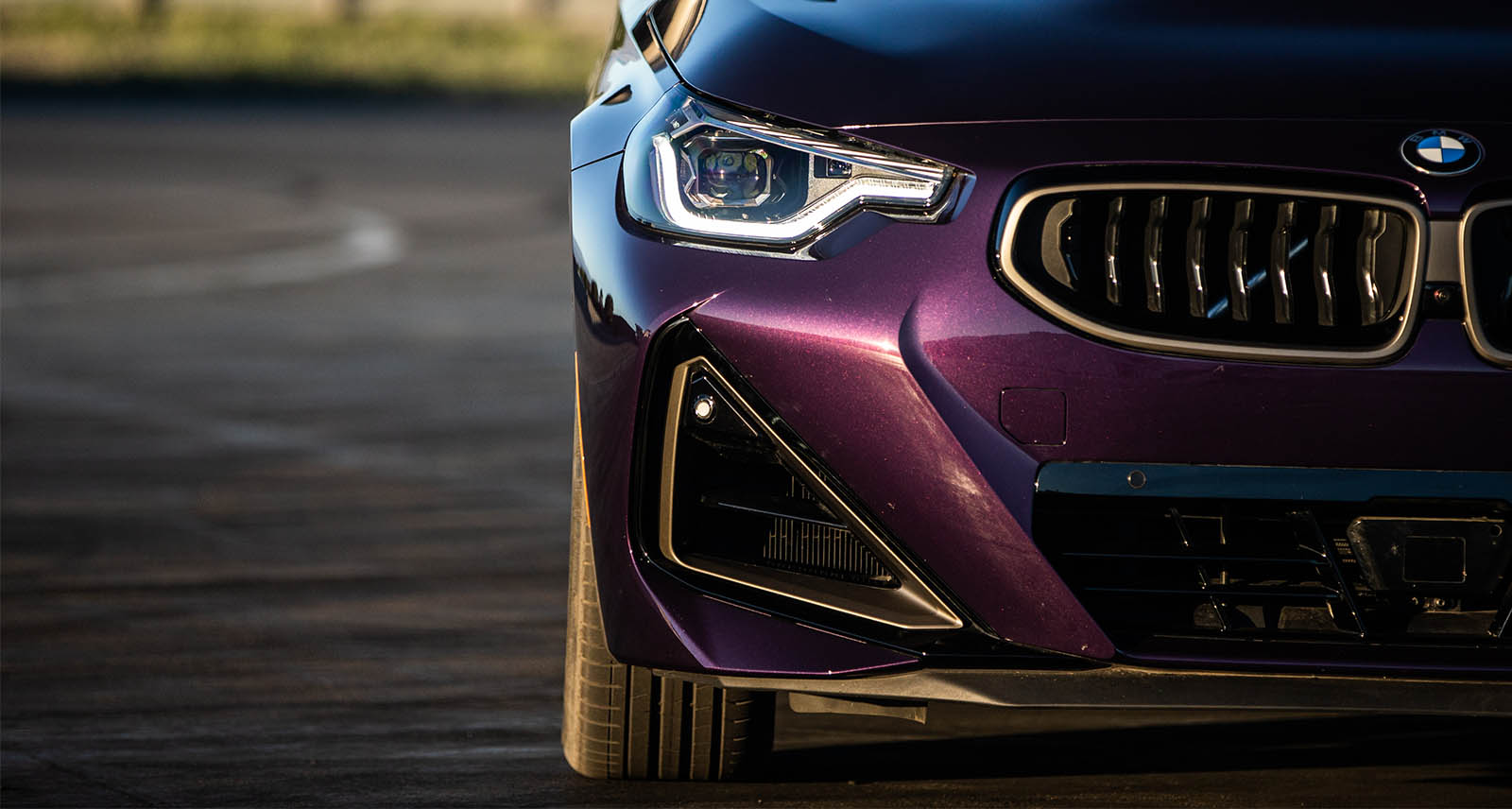 We’ve driven the hot new 2022 BMW 2 Series coupe, and we’ll tell you whether it lives up to the hype, but first it’s worth explaining why there’s any hype whatsoever around one of BMW’s most affordable little whips. This is because small cars made BMW. It wasn’t the racing wins or the 12-cylinder monsters, it was small cars that punched way above their weight: the 2002, the E30 3 Series, the early M3s. Those cars gave BMW its cult following. They’re the reason people didn’t laugh at the “ultimate driving machine” tagline. And, best of all, these little slappers were (relatively) affordable when new.

But here’s the rub: the new 3 Series is a big car and the M3’s price is now pushing six-figures once you go hard on the options list. And, it looks, rather – uhm – challenging. So, the 2 Series coupe has been carrying the flame for BMW lately. The first-gen landed in 2014, and now there’s an all-new second-gen that gearheads are, understandably, getting all frothy about.

What’s under the Hood?

The 2022 M240i xDrive coupe we drove at the Thermal Club racetrack in California is the top-dog for now, with 382 horsepower from a classic BMW 3.0-litre turbocharged straight-six. All-wheel drive is standard, but it’s heavily rear-biased. This is still, thankfully, a rear-wheel drive chassis, largely based on the latest 4 Series, but it’s significantly shorter overall. The 230i xDrive will come to Canada next year, with a punchy four-cylinder good for 255 hp. There’s a chance Canadians could get a pure rear-drive version of this car, depending on how much you bother your local BMW dealer about it.

The bad news is there’s no manual, only an eight-speed auto, but we’re pretty sure the upcoming M2 will have a stick-shift option.

What about That Style Though?

It has the silhouette of an early ‘00s M3, one of BMW’s all-time greats. Plus, unlike the new M3/M4, diehard fans will surely appreciate the fact many of BMW’s classic design cues are present and accounted for, like the horizontal kidney grille, and the Hofmeister kink. We love it, but make up your own mind.

Does It Live up to Lofty Expectations?

In a word, yes. If you’re looking for a classy, entertaining and practical sports car under $70,000 this is probably the best there is at the moment.

Getting into the M240i it just feels right. The size is perfect for condo-dwellers and city streets, but spacious enough that it doesn’t feel cramped, and the rear seats are fine for stuffing your friends into. (The new 2 has a longer wheelbase than its predecessor, hence the extra space.) The dashboard and tech is pretty much what you get in a 3 or 4 Series. Shout-out to BMW for offering so many options for customization too; there are six different upholsteries, several of which are not black. (Hurray!)

BMW’s straight-six motors haul, and this one is no exception. But, the fact this car can do 0-100 km/h in 4.3 seconds is less important than the fact the steering is intuitive and the rear-biased handling means powering out of corners never fails to entertain. (We have it on good authority that the car’s internal nickname within BMW was, “the drift machine.”) The all-wheel drive system limits the on-track antics somewhat, but it’s well tuned for the road. With a wider track, it’s got a lot more grip than the old 2, and less mushy-feeling body-roll on turn in. It feels much more precise, more eager to attack corners.

It could be more rambunctious, more twitchy and tail-happy, more noisy, but don’t forget the best 2 Series has yet to come; the M2 will surely fill that role, if the prior generation M2 was any sort of indicator.

As it stands, the new 2 fitted with adaptive dampers is both more comfortable for daily use and much sharper on a racetrack than the old M240. Well played, BMW.

Is This the Last of Its Kind?

The all-new 2 Series coupe is what happens when BMW throws a bone to its biggest fans, and maybe that’s because this car could be the last of its kind. When this second-gen 2 Series eventually retires in seven years or so, it seems likely its successor — if there is one — will be a plug-in hybrid or even fully electric. That’s certainly a tantalizing prospect, but if this is indeed the beginning of the end for BMW’s old-school small cars, this is one hell of a sendoff.

Prices start at $56,950 for the 2022 M240i xDrive coupe and the first examples should be landing in Canada this month.