Denise Boutte Wants to Make Dinner With You If Monica Gomez Is Planning Your Party, You Know You’ve Made It Big Denise Boutte Wants to Make Dinner With You

If Monica Gomez Is Planning Your Party, You Know You’ve Made It Big These days, if you’ve only got one hustle, you’re probably doing it wrong. Case in point: Denise Boutte. The actress is probably best known for her role as Sasha Brown in Tyler Perry’s sitcom Meet the Browns and movies like Why Did I Get Married? and Death Valley: The Revenge of Bloody Bill.

But if you think that’s all Denise is up to, you’re sorely mistaken. When she’s not playing a computer-generated dream woman on the big screen, she’s getting her Martha Stewart on. Boutte’s debut cookbook, Southern Modified, comes out in May. Co-written with celeb chef Jernard Wells (Food Network Star, Cutthroat Kitchen), it merges her Louisiana upbringing with her new cosmopolitan lifestyle. The book is a take on classic southern comfort food, but — wait for it — modified for that health-conscious L.A. mindset. It’s all about moderation, she says. I guess that’s something we can get behind.

We caught up with Denise to talk about cooking, her newfound love of minimalism, and Wendy’s’ shamefully good chicken nuggets.

Where are you from?

Cool. How was it growing up there?

It’s a town, a farm town, so boring. [Laughs.] There wasn’t much to do other than your chores and going to school. It took me leaving to really appreciate the simplicity with which I was raised. But, it took graduating from LSU, chucking the deuces, going to Dallas, and saying I’m never coming back to realize how special it was. All we really had was food, family, fun, and farm life. So now I have a deep appreciation for it, but at the time I was just “…I’m bored…I’m bored…I’m bored.” And now, I can’t wait to go back.

I’ve been here 13 years now, which is weird because this is the longest time I’ve lived somewhere.

It’s cool! I love Cali. We’re in the suburbs and so I really appreciate that because it’s really low-key.  We’re in an area that’s, you know, very family orientated. The weather is perfection.

If you could live anywhere else where would it be?

I don’t know! Because, honestly, if I wanted to move, I would move. I’m very traditional in some ways but moving and changing and reinventing myself, I guess you would say, has never been a fear of mine. If I could have a residence somewhere else, it would probably be in an exotic location. Probably Hawaii or something tropical. I think the more mature I’ve gotten, the more minimalistic and simple I’ve gotten. It’s not about the big house and the big yard and the big…no. I love simplicity. I love cleanliness. I love just…simple. I don’t like clutter. I don’t like my personal life cluttered, I don’t like my professional life cluttered. I like it simple and easy, you know? That’s who I am. 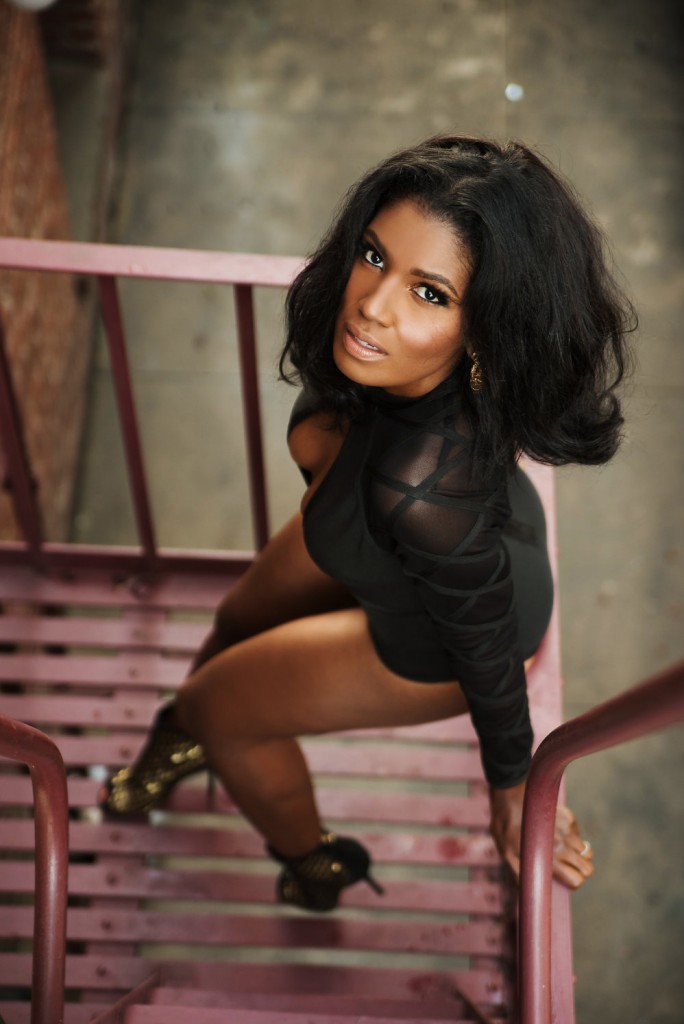 I’d say a few years ago it was being, uh, not being blunt. [Laughs.] Not being blunt and sugarcoating things and just not being very honest. In the last couple of years, I don’t know what’s shifted. It might go with that simplistic way of thinking — I think life happens and you just realize it’s not worth candy coating. Just be real and that’s that. If you want the truth you’ll have it, but you have to be worth it. Like, if you’re a close friend or family, don’t ask me if you don’t want to know the truth!

Do you have any secret talents?

I mean, I think it’s a known fact that I can tear it up in the kitchen. I’m a pretty freakin’ awesome cook. Not chef! I didn’t go to culinary school, but I’m pretty gifted in the kitchen. But a secret talent…I’m a really great rollerblader. [Laughs.] I can beat you in a race. I’m pretty darn fast.

Tell me about your cookbook, Southern Modified.

Well, in Dallas I discovered something I didn’t even realize existed: my love of cooking. My mom is one of those women who cooks every day; we had a hot meal every day and we took it for granted. So, when I left home and lived in Dallas and started fending for myself, I was like, Damn, you gotta do this everyday? For me, cooking started becoming a way for me to reconnect with home. I’d get homesick and call my mom every Saturday and we’d make dishes over the phone. I started taking notes. So, over the years I realized I had this stockpile of recipes and thought I need to do something with these!

When I met Jernard Wells [of Food Network Star] through a mutual acquaintance, he and I started cooking and he really simplified the process that I was overcomplicating at the time. He’s based in Mississippi and I’m from Louisiana, so we just started with a really smart business venture. We both had to alter our lifestyles from the box of butter we were using beforehand to olive oil. It’s like, we can’t eat like that anymore! Of course, when you come to California, you’ve got this whole mentality about eating fatty foods; it’s seen as an indulgence. So, we were talking about moderation. After befriending each other and our families getting really tight, it was just a natural progression. It wasn’t masterminded or anything.

What’s your favourite recipe from the book?

I’d say the most nostalgic recipe of all is the “Louisiana Girl Gumbo.” It’s a traditional gumbo but it’s not using the same old fattening ingredients. I’ve cut corners here and there to modify it for a healthier lifestyle. Also, every day I do these power shakes and smoothies, because [Jernard] is always like “What’s your workout plan?” I wish I worked out more, but every day I’ve got a smoothie going. Everybody wants to know what the secret is but I don’t know. Maybe, it’s the smoothie situation because it’s not working out. 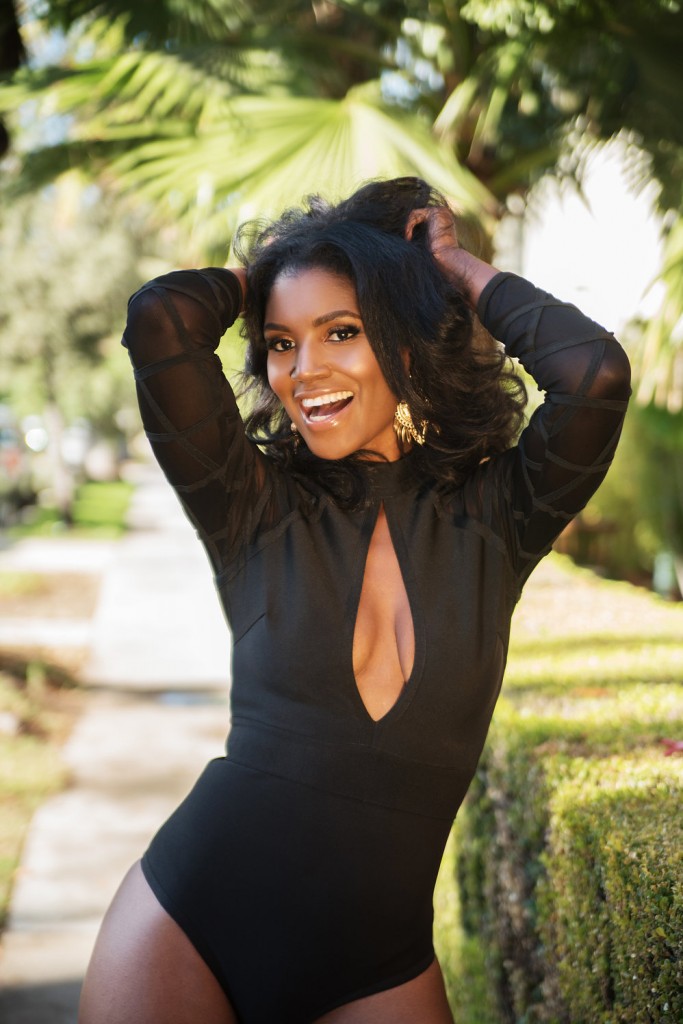 Do you ever eat fast food?

Heck yeah. Not often! Not often because I don’t crave it. Back in the day I used to crave it more, but, yeah, you know, a couple times a month I gotta do a little Wendy’s run. I gotta get my salty fries and those darn nuggets.

What’s up with Wendy’s and the nuggets? Everybody seems to love Wendy’s nuggets.

They’re addictive. It’s so wrong and so freakin’ right at the same time. When I need a fix, I get a fix. I just do it. It’s not a constant thing so, when I’m craving something, I will feed my craving. There are certain things I can’t keep in the house, though. If it’s some kettle chips, BBQ chips? I’m screwed. Funyuns? I’m screwed. So I don’t even bring them in the house. Like, Pringles BBQ? I can’t bring that in the house. Sweets are just not my thing, as you’ll notice Jernard has most of the desserts in the book. I’ve got five. Beyond those five? Don’t know. Not interested. I’m just not a sweets person, but salt? Oh. My. God.

[Laughs.] Uh, I probably shouldn’t admit this. I don’t curse people out, but I curse in conversation. Like, it feels good! It’s like a release. So, I don’t know, probably…shit.