In the sleepy Bavarian town of Buchloe, nestled among manicured gardens and large Gothic homes, there are a series of small workshops and warehouses from which, quite improbably, emerge some of the best cars in the world.

The cars are BMWs, except that they’re actually not. By the time a car leaves the Buchloe factory, Alpina has changed so much — engine, suspension, wheels, brakes, bodywork, electronics, leather interior, and wood trim — that it is no longer a BMW but an Alpina. The company has been recognized as a car manufacturer (as opposed to a tuner) since 1983. 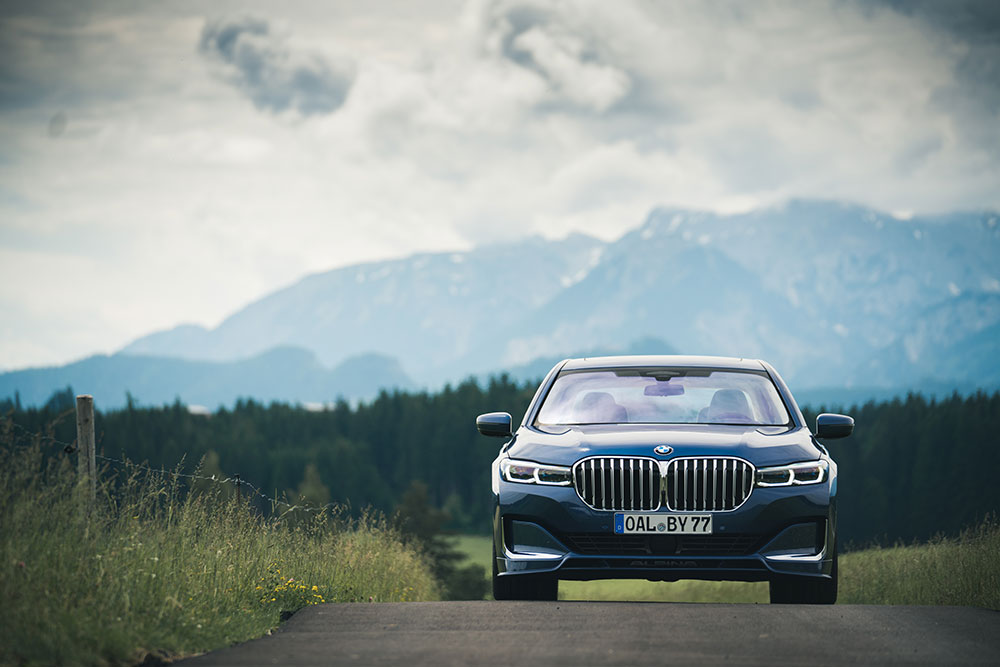 The flagship of the range is the new Alpina B7 sedan, a full-size limo that carves narrow backroads with astonishing, unheard-of precision and poise. It’s a tap-dancing elephant. Something this big isn’t supposed to be this nimble. Normally — meaning in every other car — you sacrifice comfort for handling or vice versa. It’s supposed to be a zero-sum game, but Alpina breaks the rules.

And, of course, the B7 is fast. On the Autobahn it easily cracks 250 km/h. It’s as steady as a train and shows no signs of strain. A twin-turbo V8 with 600 horsepower and 590 lb-ft will do that. Alpina tunes BMW’s engines for low-end torque, which is better for real-world driving than high-end power. For the rest of the world, Alpina produces a range of cars from compact sedans and SUVs to luxury limos. In North America, only the B7 sedan is currently available. However, more choice will come soon. An Alpina X7 SUV is very likely on the way, as is a version of the lovely new 8 Series Gran Coupe, which is a delicious prospect. The question you’re left with is “How?” How in the hell can this little family-run shop that still smells like machine oil and fibreglass resin beat the world’s luxury automakers at their own game?

Andreas Bovensiepen became the CEO of Alpina after taking over from his father. Over dinner and some litres of strong German lager, the younger Bovensiepen explained that Alpina’s strength is its size. Where BMW makes 2.5 million cars per year, Alpina makes less than 2,000. Its cars are developed not by innumerable committees but by a few individuals with ample experience and good taste. Everything else is off-the-rack; Alpina is fine made-to-measure tailoring.