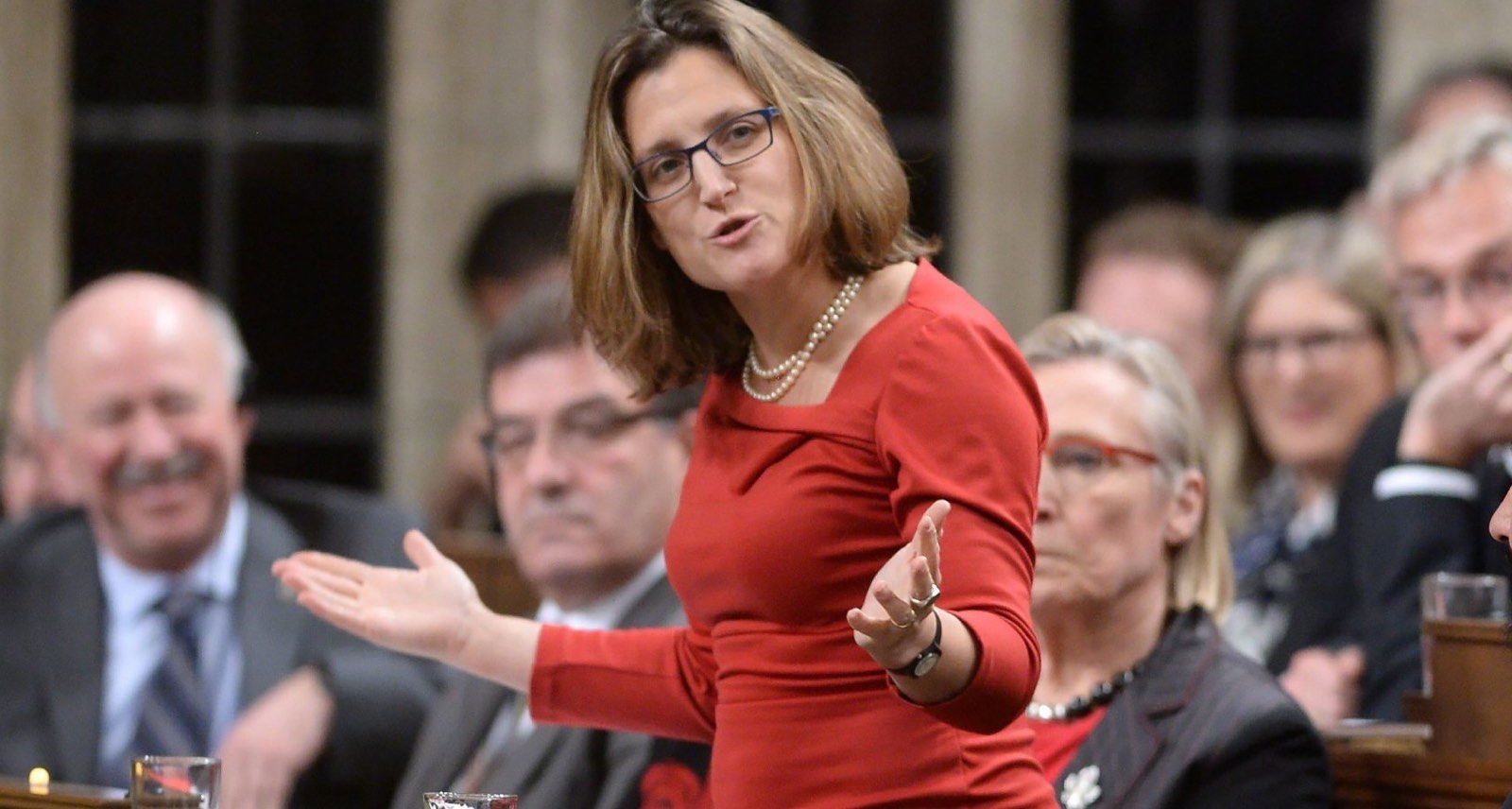 “In the first major shake-up of his year-old government, Justin Trudeau is retiring his foreign affairs minister and bringing in new blood to deal with the incoming Trump administration, if reports are accurate.

“Chrystia Freeland, former managing director of Thompson-Reuters and noted author on the subject of income inequality, will become Canada’s new foreign minister and will be the main point of contact for the new establishment in Washington, according to a list being circulated to media outlets in Canada.”

+1: Read the full list of cabinet changes – Globe and Mail

“In her first public comments since Nova Scotia, Newfoundland, and New Brunswick inked Christmas side deals with Ottawa increasing annual health transfers by 3.9 per cent, Wynne said the current federal offer is insufficient.

“‘There are 10 premiers and 10 ministries across the country that have said this is not adequate, it is not possible for us to meet the needs of the people in our provinces and territories without having additional funding,’ she told reporters Tuesday.”

4. China’s bodyguards are running out of rich people to protect

“Training bodyguards has been big business in China for years. Now, however, a slowing economy and an anticorruption drive are putting the brakes on the private-security industry”

4. Shouldn’t there be a way to measure pain?

“Aching, throbbing, searing, excruciating – pain is difficult to describe and impossible to see. So how can doctors measure it?”

5. Mommy, Daddy, and their precious little bundle of data

“How information collection, obsessive apps, and technological advances are making parents more paranoid than ever”