Whether paired with a polished shirt and tie or a natty knitwear combo, this season’s sharpest suits make a powerful impression. A windowpane check is one of the easiest patterns to pull off and looks especially handsome in a grey and brown combo. Grey gives you carte blanche to make all kinds of pairings. Here, a charcoal suit is combined with a colour-blocked crew neck. 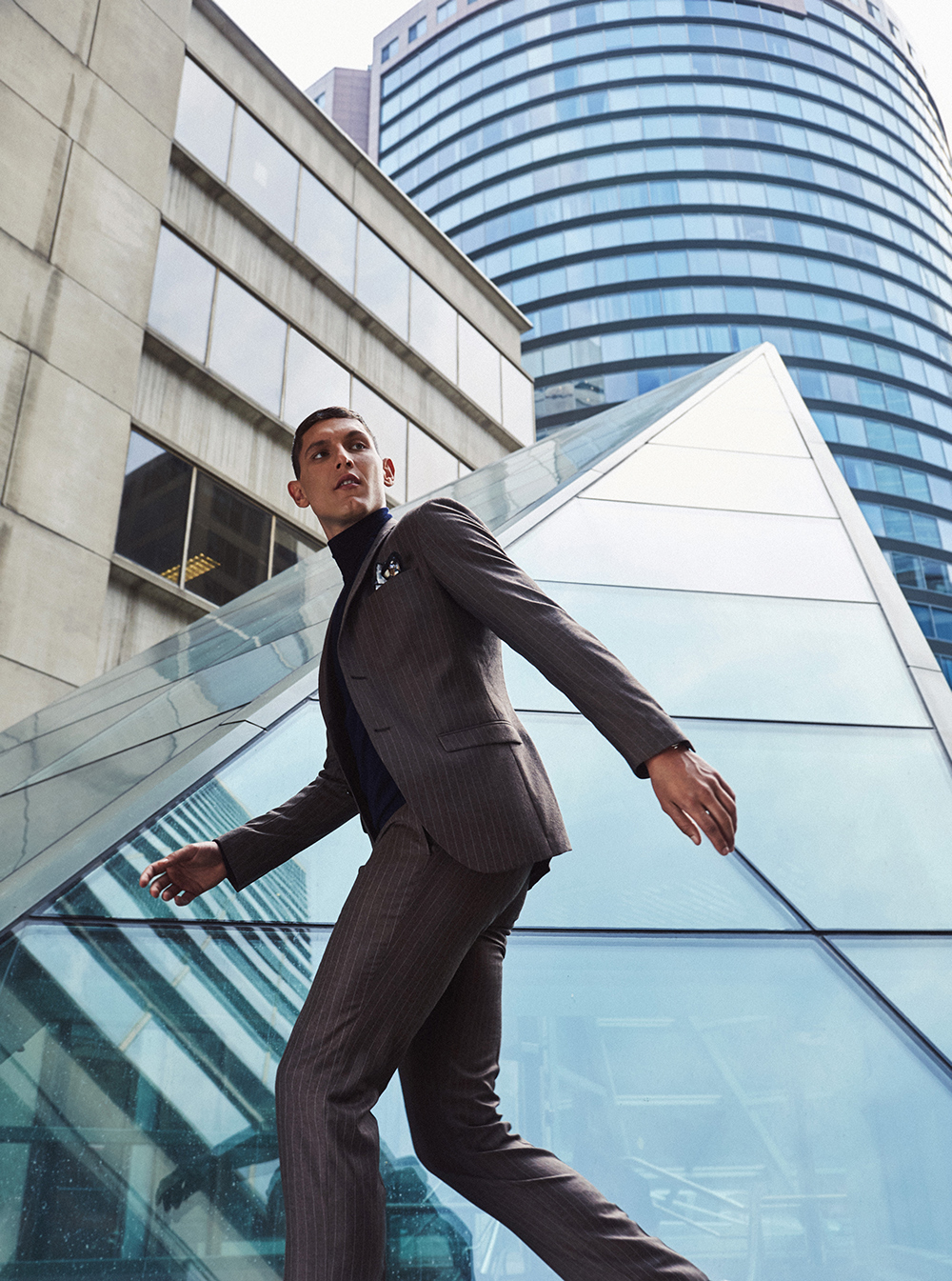 Brown is back. Pair some chocolatey pinstripes with a navy turtleneck and rock it like a boss. Plum. Wine. Whatever you want to call it, this rich, deep hue is the colour to reach for when you want to break out of the box. Layer it with a rusty knit for total fall style domination. Even at a distance, a subtle tonal check adds dimension to a sleek blue suit. A striped tie with a pop of peacock blue and a deep red pocket square bring just enough colour to the mix. A camel suit is a sartorial standout that has nearly all the versatility of a grey suit, but with a punchier personality. This spotted pattern is a modern take on traditional plaid, and Gucci’s quirky embroidery brings some design cred to the classic rep tie. A navy suit is the foundation of a suiting wardrobe, but closer inspection of this number reveals a handsome herringbone pattern.