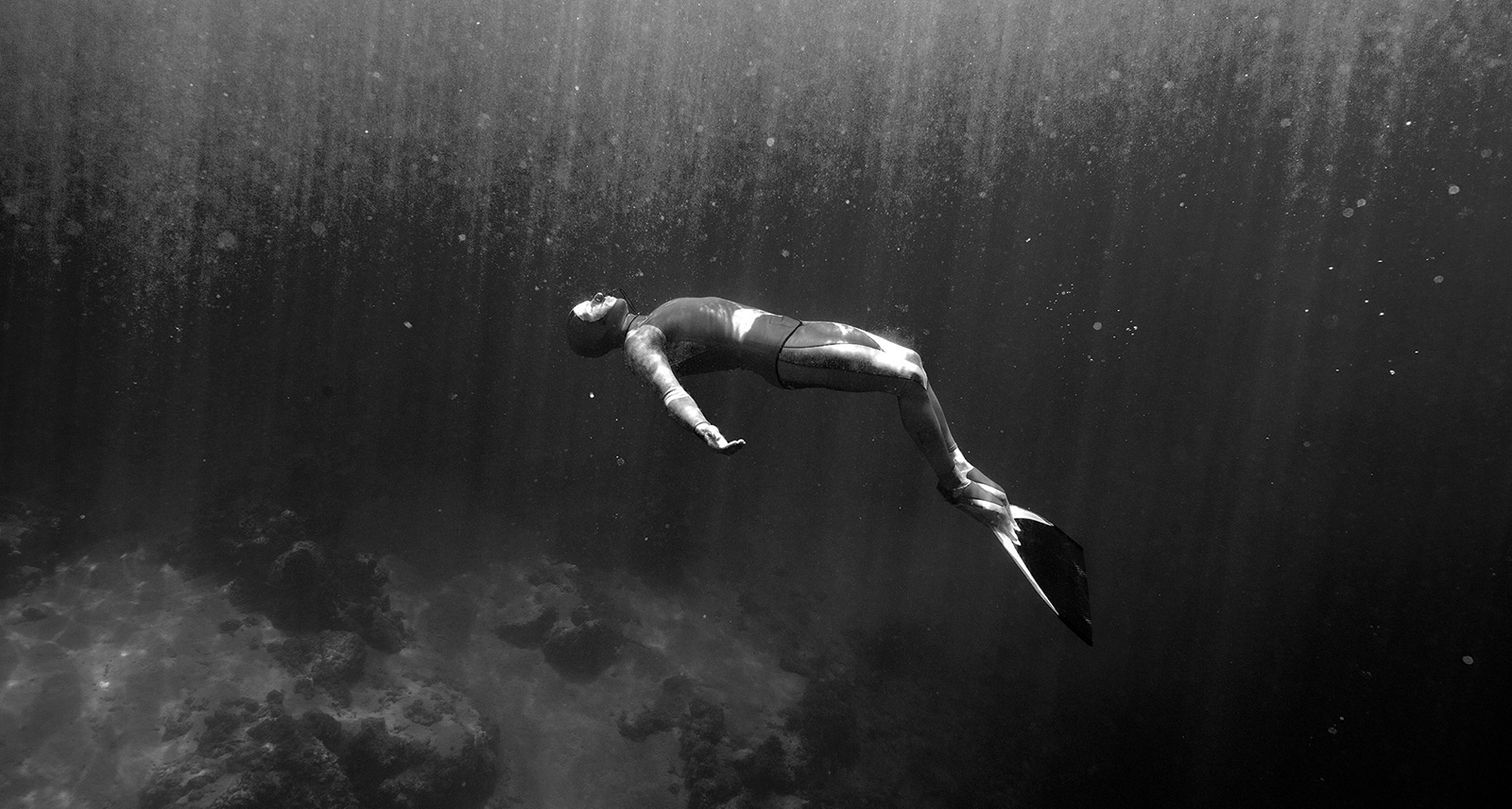 While many of us dream of soaring like a bird, French champion free diver Stéphane Tourreau would rather dive like a dolphin. “Water is my element,” says the 33-year-old French freediving World Champion in The Scent of Life, a film series by Armani Acqua Di Giò that celebrates man’s connection to water. “It connects me to hidden worlds. With every dive I feel this pure, unstoppable energy, awakening a new state of mind, heightening my senses, pushing my limits to go deeper, and explore who I really am.”

Tourreau grew up in the French Alps near the border of Switzerland, far from the sea. His passion for free diving, however, began when he discovered the seafloor during a childhood holiday on the Mediterranean island of Corsica. The interest sparked by that early encounter led Tourreau to devote his life to diving deeper, pushing himself farther and working to become one with the water. After 13 years of professional competition, Tourreau can descend to an astounding depth of 113 metres on a single breath of air. Not only does this make him one of the most accomplished free divers on earth, but it also allows him to experience the underwater world in a way most people can only dream of.

Tourreau demonstrates his deep love of the ocean as well as his extreme athletic ability in The Scent of Life, which follows him on a dive beneath the waves. Descending into the ocean as light from the surface grows dimmer, he might as well be an astronaut floating through space. Tourreau, however, never feels more at home – or at peace – than when he is underwater.

From its frosted blue bottle to its bracing marine scent, this fragrance from Giorgio Armani captures the power and grace of the ocean. Created by master perfumer Alberto Morillas, Acqua Di Giò Profondo combines tantalizing scents of rosemary, lavender, and cypress with base notes of exotic Guatemalan patchouli to evoke the mystery and allure of the deep. Like Tourreau himself, this fragrance is at one with the surging waves. It is dynamic, elegant, and uniquely masculine.